What Do Lutherans Believe? 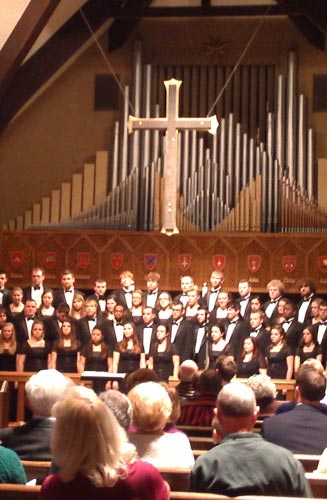 Lutherans are the oldest protestant denomination of Christianity.  At the very core of our beliefs is that Jesus the Christ is Lord; we believe in the Triune God: Father, Son, and Holy Spirit; and we believe that salvation belongs to our God, is a gift from God, and there is not anything that we can do to earn it.

At the heart of the Gospel is God’s love for us and for all of God’s creation.  There is not anything you can do to make God love you less or more than what God already loves you.  Lutherans focus on grace.  There are no fire and brimstone messages here.  We preach a message that balances the law and the gospel.

Lutherans live in ambiguity – or in the gray.  We don’t believe that everything is black and white.  Life is not that simple.  Neither is faith.  The Bible is not supposed to be a tool to beat people over the head with, but rather as a tool to learn about and extend the love of God.

We believe in striving for justice and peace in our world.  Outreach is a huge priority for Lutherans around the world.  Lutherans have worked hard to reduce Malaria deaths, we’ve dug wells and built schools in 3rd world countries, and we work to help those in need in our neighborhoods.

If you’d like to know more about the Lutheran faith, please read some of the information from the links in our Lutheran Resources page.  However, the best way to learn what Lutherans believe is to come and see for yourself.

Lutherans are Christians who accept the teachings of Martin Luther (1483-1546). Luther was a German theologian who realized that there were significant differences between what he read in the Bible and the practices of the Roman Catholic Church at that time. On October 31, 1517 he posted a challenge on the door of Wittenberg University titled "95 Theses" (to debate 95 theological issues). His hope was that the church would reform its practice and preaching to be more consistent with the Word of God as contained in the Bible.

What started as an academic debate escalated into a distinct separation between the Roman Catholic Church of the time and those who accepted Luther's suggested reforms. "Lutheran" became the name of the group that agreed with Luther's convictions. 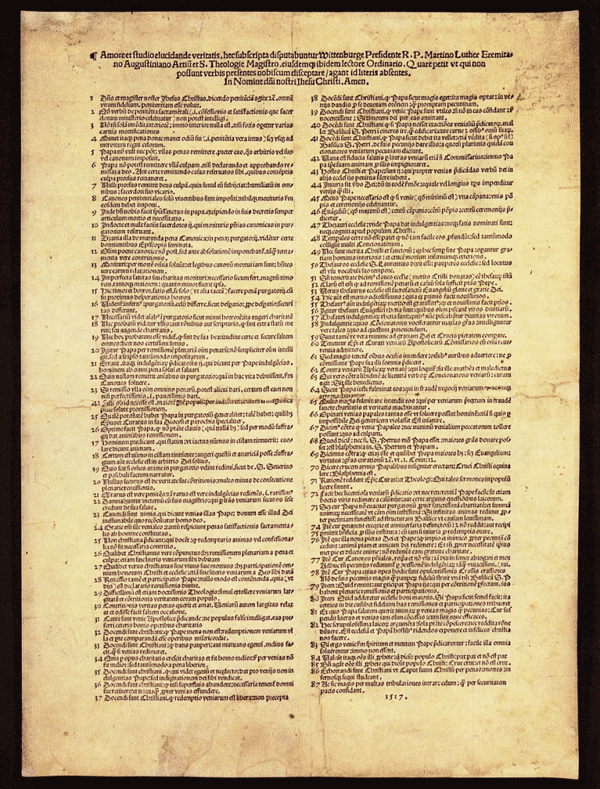 Lutherans are part of a reforming movement within the whole Christian church; as a part of practicing their faith, the Evangelical Lutheran Church in America and its predecessors have engaged in ecumenical dialogue with other church bodies for decades. In fact, the ELCA has entered into cooperative "full communion" agreements (sharing common convictions about theology, mission and worship) with several other Protestant denominations including: The Moravian Church, The Episcopal Church, the Presbyterian Church (USA), The Reformed Church in America, The United Church of Christ, and The United Methodist Church.

Lutheranism is a faith tradition that is open to all, regardless of background. The ELCA alone is almost five million members strong, with nearly 10,500 congregations across the USA, Puerto Rico and the Virgin Islands. In fact, there's probably an ELCA congregation right in your community. We welcome you to learn more about our church and find out how we can help you along life's path.