Want to reach out to your Council members?
Please feel free to send us an email at council@gloriadei.net 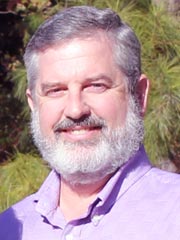 Jason moved to Hampton in 1984 with his parents as they followed his dad’s Air Force career. Jason’s family became members of Gloria Dei in 1985 and he attended school here in the same year. He married his wife Jessica at Gloria Dei 15 years later. They have three boys James, Joshua, and Jeremiah, who were all baptized at Gloria Dei, attended Gloria Dei School, and have been involved with youth activities.

Jason and Jessica own a library and school furnishings company, which Jason had previously worked for since attending the University of Georgia and St. Leo’s University. Jason has served Gloria Dei in many capacities over the years including the Fields of Faith Campaign, World Hunger Appeal, Council Nominating Committee, Church Council, and as an usher and usher coordinator for Sunday and other services. They currently reside in Poquoson with their sons and two dogs, Pailyn and Lola. 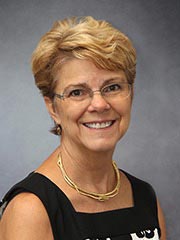 Vivian grew up in Louisiana and is a baptized and confirmed Lutheran from a large extended Lutheran family. After years of military traveling to different states and countries, she and her two children made Hampton and Gloria Dei their home in 1990. Vivian has been active as a Sunday School teacher, Sunday School coordinator, adult Sunday School leader, youth group advisor, church council member, and has participated in several capital funding campaigns. She has designed logos and other artwork as needed for church functions, in addition to designing the pulpit carvings and other visual elements in the Atrium area.

Vivian recently retired from Hampton City Schools, after 30 years of service. For the last 13 years, she was the Visual and Performing Arts Curriculum Leader for the art, music and theatre programs in the district. Her degrees include a B.A. in Fine Arts, M.A. in Art Education, and a doctorate in Educational Leadership and Policy Studies.

Vivian has two children, Stephanie, a pediatrician and an epidemiologist, and Nicholas, an Air Force officer, as well as 4 grandchildren. Reading about and creating art, research, being active outside, and traveling are things she likes to do in addition to visiting with her children and grandchildren. 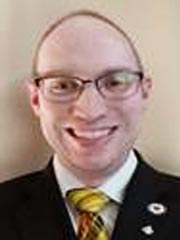 Kent was born in Fredericksburg, Virginia, and grew up in King George, Virginia. He attended Christ Lutheran Church, where he was baptized and confirmed. It was at Christ Lutheran where he got his taste for ushering. He was a Chief Petty Officer, JROTC (Junior Reserve Officers' Training Corps) in high school. Kent then moved to Newport News in July of 2002 for the apprenticeship program in Newport News Shipyard. In 2006, he started working for L3 Harris.

His hobbies include video games, painting, and a new love of crochet. In 2012, Kent found his new home at Gloria Dei and became a member. He was eager to get back to ushering and making it a home in which he could grow. Kent enjoys helping out with all of the fellowship events that Gloria Dei has to offer and would love to bring even more of his gifts to this wonderful church. 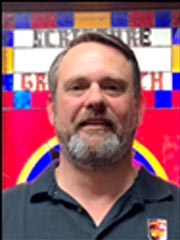 Aaron is a native of Hampton and has been a member of Gloria Dei since 1986. He was baptized and confirmed in the church. Aaron met his wife, Jenny, in high school, and they married at Gloria Dei in 1997. They had their son, Andrew, in 2003, and have enjoyed watching him grow spiritually by way of church activities such as baptism, confirmation, The Order of the Cross and Crown, youth group, and attending Gloria Dei Lutheran School.

Aaron works at The Floor Trader and Carpet Gallery, a family-owned and operated business located in the city. Aaron has been very involved in numerous church activities over his years at Gloria Dei. These include fundraising meals, ushering, worship, tech, and serving on Church Council.

In his free time, Aaron enjoys neighborhood walks and bike rides with his family as well as trying out the local micro-breweries. 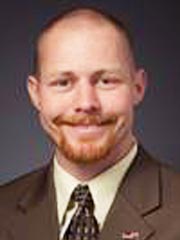 Eric Olsen is a Virginia native who graduated from Phoebus High School. Growing up, he was active in Boy Scouts and attained the rank of Eagle Scout. He currently works within production control at Newport News Shipbuilding. Eric is blessed to have a wonderful young family, which you may recognize from their time working the tea and coffee bar over the past few years. Eric is married to Sarah, and they have a daughter, Emma.

Outside of church and work, Eric has actively participated in various leadership positions within his company’s employee resource groups. For fun, Eric enjoys cruising on his motorcycle, walking with the family, and enjoying movies in the comfort of their home….and the joys of occasional jet noise!

He looks forward to the opportunity to sustain the good things our church has going on, navigate these trying circumstances, and grow our church family. 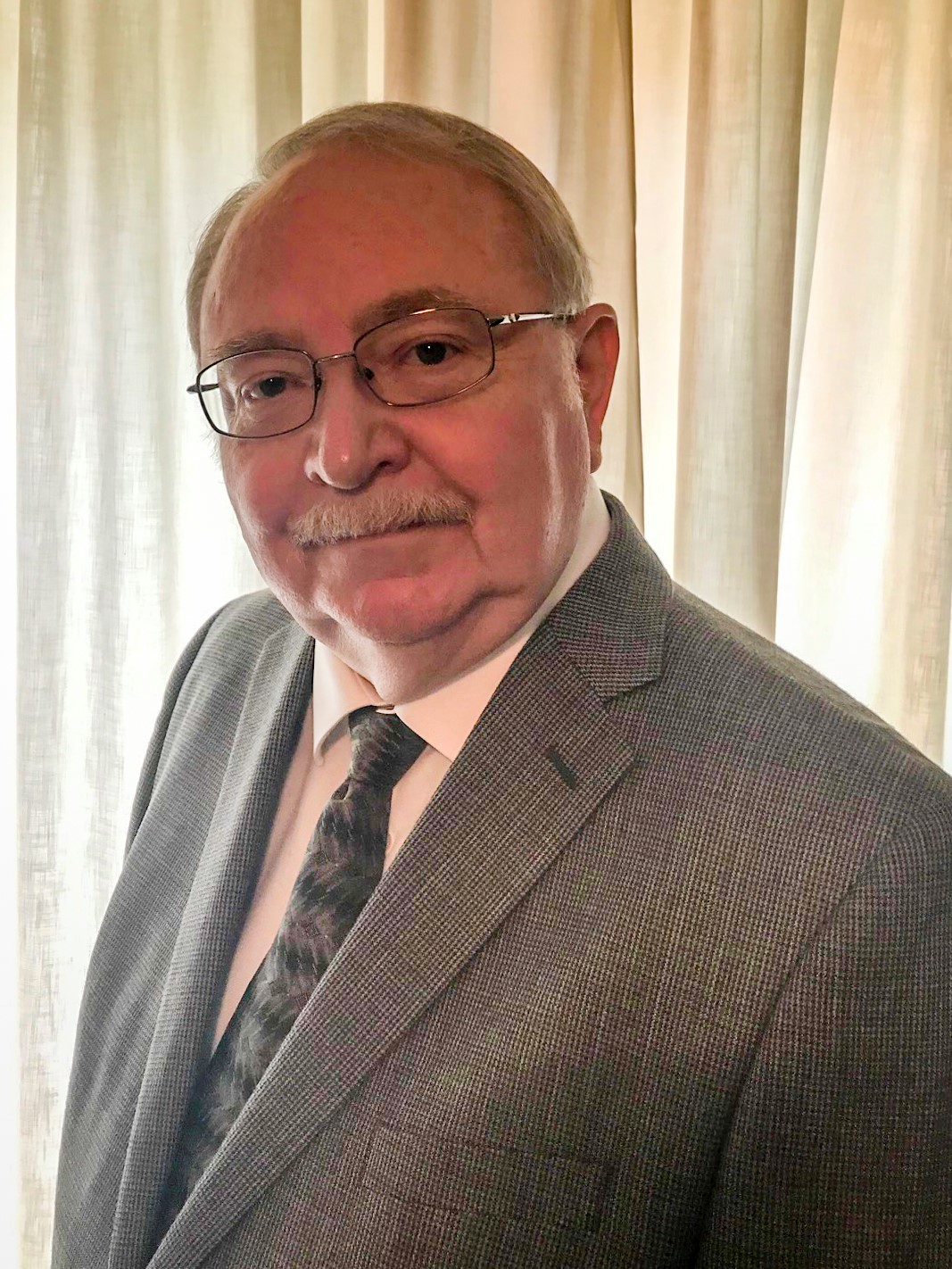 Gary was born in Roanoke, VA and came to Hampton Roads via the Army in 1972.  After tours in Vietnam and Fort Lee, Gary was assigned to Fort Monroe, and other than a six year tour in Germany, remained at Fort Monroe until retirement from Civil Service in 2006.  Gary also began a photography business in 1996 and continues in that venture today.  Gary earned his BS in business from University of Maryland and his Master of Business Administration from Old Dominion University.  Gary is also a graduate of the US Army War College at Carlisle Barracks, PA.

Gary was baptized at Oakland Baptist Church in Roanoke in 1958 and attended that church until the Army called him away.  During his 37 years with Department of the Army, he attended Protestant chapel services.  He came to Gloria Dei as a result of his two granddaughters attending school here.   Gary and his wife, Bonnie were both widowed and were blessed to find each other.  They were  married at Gloria Dei in September 2014. Together, they have three adult children, five grandchildren and two great-grandchildren.  They currently live in Smithfield, VA.

Rachel Lomax was born and raised in Hampton, Virginia. Her parents Chip and Dawn became members of the church in 1999, after enrolling Rachel in Pre-K at Gloria Dei Lutheran School. She attended Gloria Dei through the fifth grade, remaining active in the church through Confirmation, Master’s Singers, Bells, Girl Scouts, Youth Group, Cross and Crown, and Discipleship until graduating from Hampton High School in 2011. After graduating with her Bachelor’s in Business Administration from the University of Mary Washington in Fredericksburg, Virginia, Rachel returned to Hampton to work as a Contractor at NASA Langley Research Center.

She became more involved with the church and started serving as an advisor to the Senior High Youth Group in 2017, leading Discipleship Group and coordinating fundraising opportunities.

In her free time, she enjoys being with family and friends, taking walks with her French Bulldog Gunner, and if the weather is warm, you can find her lounging somewhere on a beach.

Ashley was born into membership at Gloria Dei in 1983. Her grandmother, Marie Adams, was a charter member of Gloria Dei. Ashley attended Gloria Dei School from 3-years-old through 2nd grade. She was baptized and had her First Communion here, and she was confirmed here in 1997. She was active in both Junior High and Senior High youth groups growing up and attended Virginia Synod Youth Retreats and ELCA Youth Gatherings.

After graduating high school, she attended college and graduated from ODU with a BS in Interdisciplinary Studies/teacher preparation. She took a position at The Mariners’ Museum, where she stayed until becoming a stay-at-home mom of three little ones.

She has remained active in various ways in the church since graduating high school. Ashley has been part of the young adult “youth” group, Junior High Youth Group Advisor, Director of Youth Handbells, Glorioso Spaghetti Dinners, and Pig Pickins. She has also served on committees such as the Nominating Committee and Pastoral Call Committee. Ashley is married to Michael, and they have three children-Micaela Ruhl, Jacob, and Isabella. 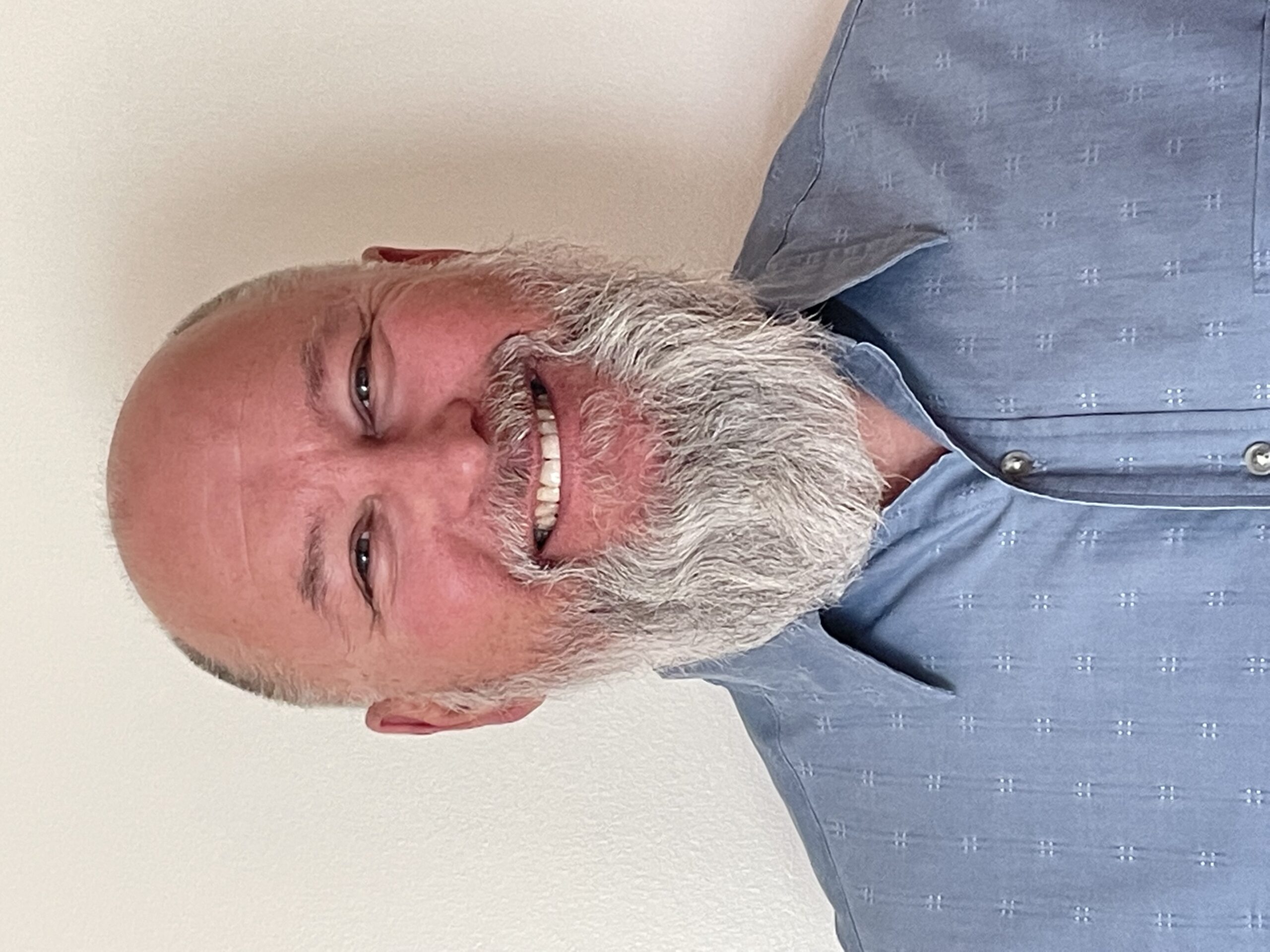 John was born in Jacksonville, North Carolina, son of a career Marine. He grew up in Alexandria, Virginia, and earned a B.S. in Business Management from Virginia Tech in 1985. It was there that he met his wife Carolyn, and they were married in 1987 and settled in Hampton. John has been self-employed ever since. John and Carolyn joined Gloria Dei in 1996. Both of their children (Dylan and Miles) were enrolled as students in Gloria Dei Lutheran School from age three through fifth grade.

John has been active in the Boy Scout program for Gloria Dei for the past 21 years and currently serves as our Chartered Organization Representative. He is looking forward to coming back to church in person and spending some great social time at the coffee bar. He recently sold his business and retired.

He enjoys the outdoors and has recently taken up traveling the highways and byways with his wife and dog in a travel trailer.

Mike is a long-time Hampton resident who began attending Gloria Dei in 1999. He retired as a sergeant from the Hampton Police Division in August 2017 following 34 years of service.

During this time, Mike also served our community volunteering as a youth soccer coach and as the Vice President of the Greater Peninsula Swimming Association for ten years. He now referees youth soccer and drives for a local tour bus company.

Mike is a frequent attendee of the Men’s Bible Study and recently began singing in the Adult Choir. He and his wife, Susan, have one daughter, Megan, who graduated from fifth grade at Gloria Dei and presently teaches eighth grade Social Studies at Syms Middle School.